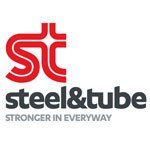 Today, we have announced on NZX the appointment of a new member to the company’s board of directors.

Mark Malpass, is an experienced executive with significant knowledge and understanding of the steel industry in New Zealand.

Mr Malpass is a qualified mechanical engineer and holds an MBA from Victoria University.  He has worked in the Oil & Gas sector with ExxonMobil for over 19 years, both in New Zealand and internationally.  His roles included Mobil Oil New Zealand Country Manager, and Global Planning based in Washington DC, USA.  He also held Asia Pacific regional and strategic roles based in Singapore.

After returning to New Zealand in 2011, Mr Malpass joined Fletcher Building Limited.  He was Chief Executive of their largest Division, Infrastructure Products, which included steel distribution and manufacturing businesses.  Since then he has been providing strategic and advisory services to a range of Australasian businesses including Fulton Hogan Limited.

Mr Malpass is currently on the Board of Trustees of Auckland Grammar School and is a member NZ Institute of Directors.  His previous chair and directorship and governance positions include Refining NZ (listed), SIMS Pacific Metals JV, MBIE Business Advisory Panel and University of Canterbury Quake Centre.

Chairman Susan Paterson is delighted to welcome Mr Malpass to the Board and says his broad commercial skills and industry knowledge and relationships, specifically within the steel sector would add value to the Board.

Mr Malpass says he’s very pleased to be joining S&T and to bring his experience and knowledge to continuing to grow an icon of the NZ steel industry.

Sir John will retire from the Board on 31 March 2017.  Sir John joined the Board in November 2011 and was elected Chairman in October 2012. The Board wishes to thank Sir John for his contribution and leadership to the company during this time and wish him all the very best for the future.